My work (and this site) is devoted to sharing ideas, tools, and resources that will help your boxwood thrive and look beautiful so that you can enjoy your boxwood again!

For over 35 years, George Bridge of George Bridge Boxwood and Acorn Farm nurseries and George Bridge Landscape Design has been growing, selling and installing boxwood with superior performance.  George has built his reputation as an established industry leader and expert.  And is also widely known to be passionate about how to optimize the health and sustainability of the boxwood plant. 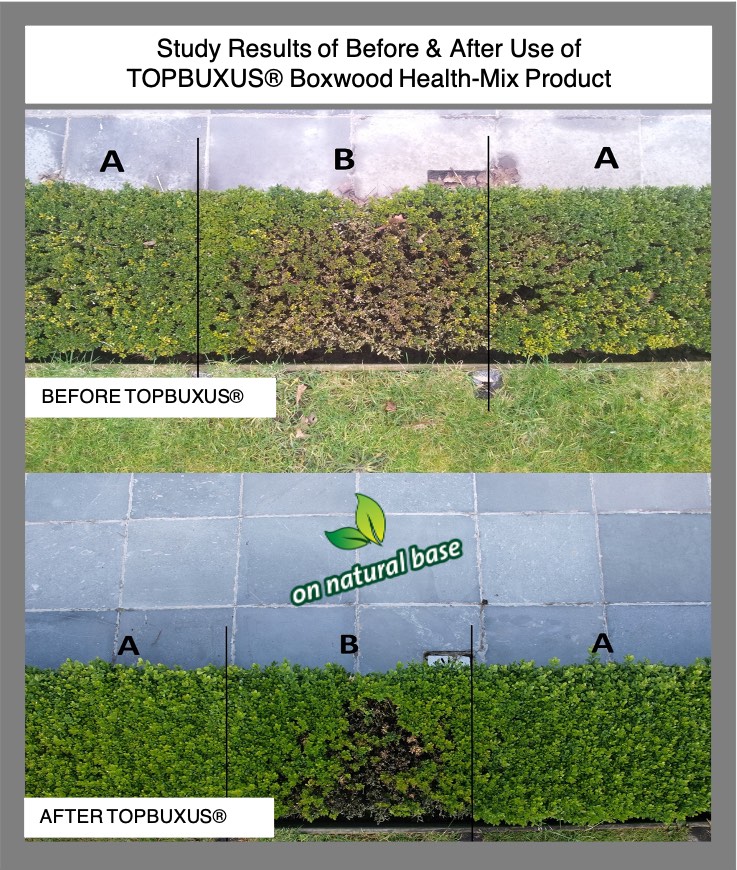 Since 2011, when Boxwood Blight was first identified in the United States, George Bridge started with a question.  How do we improve the overall health of the boxwood plant to lessen and prevent the disease?

In Spring of 2016, George found what he was looking for.  He heard about theses groundbreaking boxwood care products that were developed by TOPBUXUS® in Holland and had been used in Europe’s gardens with successful results for years.  He ordered the products to trial them at his own boxwood farm and didn’t look back.  After a year of using both the Boxwood Restore & Protect Mix and Boxwood Turbo Grow products, George knew he had to partner with TOPBUXUS® to bring the products to everyone in the United States and Canada.

George traveled to Holland to visit the researchers, TOPBUXUS® company owners, and toured the company facilities. He also visited Europe’s historic gardens, boxwood nurseries and home gardens restored by TOPBUXUS® Boxwood Restore & Protect Mix to view the results first hand.  And in 2019, TOPBUXUS® USA was established. George Bridge is the Exclusive Distributor for all TOPBUXUS® Boxwood Care Products for USA and Canada.

We take great pride in sharing with you the TOPBUXUS® boxwood care products imported from Holland.  If for any reason you are not absolutely thrilled with our products and service, we will immediately replace your order, refund your money, or do whatever it takes to make it right. We believe in our products that much!

That is our promise. 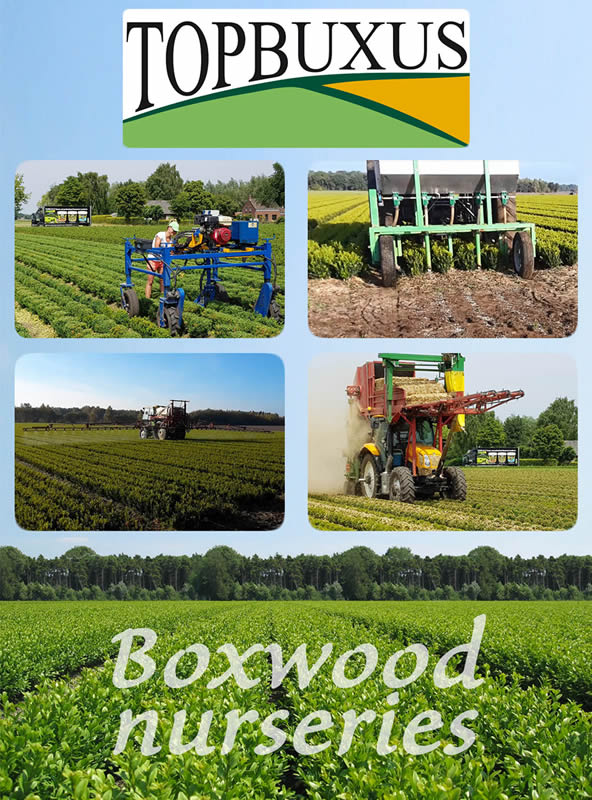 TOPBUXUS® started and is still today a family owned and run business.  They began in 1987 and developed into one of the largest boxwood growers in Europe.  By 2011,  Adrie van Dun and his father, Janus, grew their production to over 12 million boxwood plants that were shipped worldwide.  Key to growing boxwood with superior performance was their curiosity and continuous scientific research and testing of innovative products and care practices that would improve the overall health of the boxwood plant.

Why We Developed The Boxwood Products

In 2008, Boxwood Blight took its hold throughout Europe devastating the industry and gardens. TOPBUXUS® worked quickly to develop a product that would improve the overall health of the boxwood and lessen and prevent the disease. Their goal was to make the products available to industry professionals and consumers alike.

Partnering with the University of Wageningen, TOPBUXUS® carried out extensive research and trials to find a combination of nutrients in an easy to use fertilizer.

The results of the study concluded that spraying the TOPBUXUS® Boxwood Health-Mix product monthly during the growing season ensured the boxwood would survive the worst “fungus weather conditions.”  The study also concluded that TOPBUXUS® required 30% less spraying as compared to the other products; and it performed better than fungicides made from noxious chemicals. In July 2011, Boxwood Health-Mix product was launched.

Since TOPBUXUS® has been using Boxwood Health-Mix product, they have stopped all together using fungicides at their boxwood nurseries.

We can help at every step to Restore & Maintain your Boxwood.

George Bridge
About Us
Awards
Testimonials

How Can We Help